In 1987, computer scientist Dr. Anita Borg started a digital community for women in computing. Over the years, that community has grown and changed to become the leading organization for women in technology. Today, AnitaB.org works with women technologists in more than 50 countries, and partners with leading academic institutions and Fortune 500 companies.

In 1987, Anita Borg and 12 other women technologists cofounded the Systers community, an email list for women working in the “systems” field. Systers provided a new type of virtual community, one where tech women were free to discuss issues they experienced at work and share resources with one other. Decades later, Systers continues to offer a closed-network, safe community for women technologists.

In 1994, Anita and Dr. Telle Whitney cofounded the Grace Hopper Celebration (GHC), which has grown to become the world’s largest annual gathering of women technologists. Inspired by the legacy of Navy Rear Admiral Grace Murray Hopper — and tired of attending conferences with almost no women — Anita and Telle created GHC to offer women the chance to improve their technical skills and connect with one other.

In 1997, Anita founded the nonprofit organization originally known as the Institute for Women and Technology (IWT), on the Xerox PARC campus. The aim of IWT was to increase the representation of women in technical fields, enable the creation of more technology by women, build the pipeline of technical women, and ensure that women’s voices played a role in shaping the future of technology.

“Around the world, women are not full partners in driving the creation of new technology that will define their lives. This is not good for women and not good for the world….Women need to assume their rightful place at the table creating the technology of the future.”
— Anita Borg

Anita believed what research has now proven to be true: Organizations that actively include women benefit from increased innovation and better bottom line results. She proposed that technology will solve more of the world’s problems when more women are involved in imagining and building it. A Legacy of Leadership

In 2002, Anita was diagnosed with cancer, and she asked her close friend Telle to step in as interim CEO of IWT. Following Anita’s death in 2003, IWT was renamed the Anita Borg Institute in her honor. With the blessing of the Board of Trustees, Telle then assumed the permanent role of President and CEO, a title that she held until her retirement in 2017.

Over the course of her leadership, Telle led the institute to substantial growth in both size and impact. Under her care, the Grace Hopper Celebration grew into the world’s most influential conference for women technologists, drawing just 630 attendees in 2002, but more than 22,000 in 2018. In 2010, Telle helped launch the Grace Hopper Celebration India, a regional event that attracted more than 3,000 attendees in 2017.

During her 15 years at the helm, Telle grew the organization’s revenues from $1M annually to more than $22M. She worked with staff, volunteers, and the AnitaB.org Board of Trustees to create and develop high impact programs that include Top Companies for Women Technologists, a national program that recognizes companies committed to building workplaces where women technologists can thrive, as well as the AnitaB.org Local communities — a growing network of regional groups of women technologists and their allies. And, perhaps most importantly, Telle has been committed to demonstrating the business value of diversity and the importance of engaging the full talent of the workforce in order to drive innovation.

Our work to this day builds upon Anita’s commitment to raise the influence of women on all aspects of technology, and to increase the positive impact of technology on the world’s women.

In 2017, we welcomed Brenda Darden Wilkerson — founder of the original Computer Science for All movement — as our new President and CEO. We also adopted a new name, AnitaB.org, which honors our founder while reflecting a warmer, more personal approach and offering a strong reminder of our nonprofit mission.

AnitaB.org continues to extend our global outreach to women considering and currently pursuing technical careers in computing through in-person and online programs such as our Abie Awards, AnitaB.org local communities, and a variety of social networks. True to our history, we’re here to break down boundaries, advocate for change, and remain persistent in the face of adversity. 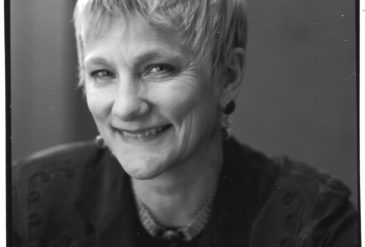 Have a question? We can help.

Check out opportunities and start your career at the AnitaB.org.

Send us any media inquiries and speaker requests.